On Jan. 26, 2017, astronomers announced that the universe is expanding faster than previously thought. See photos of the quasars seen by the Hubble Space Telescope that made the discovery possible. 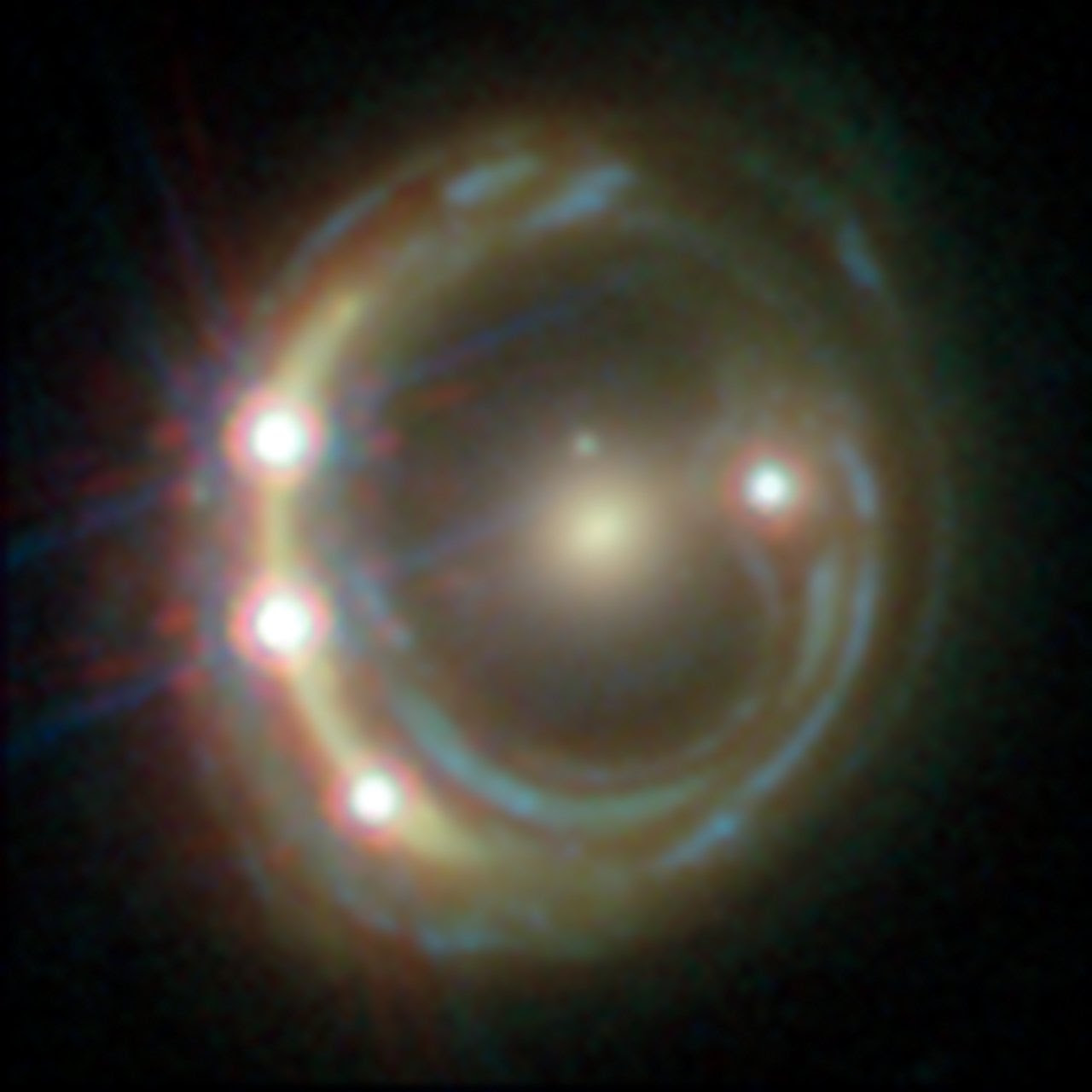 Hubble Space Telescope view of the distant quasar RXJ1131-1231. A foreground galaxy smears the image of the background quasar into a bright arc (left) and creates a total of four images — a phenomenon known as gravitational lensing. Such lensed views allowed scientists to come up with a new estimate for how fast the universe is expanding

Email ThisBlogThis!Share to TwitterShare to FacebookShare to Pinterest
Labels: universe

Friends of the Southern Astronomer

NASA Photo of the day!